Firstly I would like to thank Anita and Andy at Braintree town hall for allowing me access to the tower clock. They were incredibly helpful and clearly take great pride in thier resposibilities which include the clock of course. I had an excellent visit and I wanted to share this on the website so here goes…

This is the clock – anyone from Braintree will recognise it and its sound. Before I start I think its fair to mention that the clock now runs electrically because this provides the best time and cheapest maintenance for the taxpayer. It doesnt matter as Gillet and Johnstone (www.gillettjohnston.co.uk) who provided the original mechanical movement have supplied the electric version BUT have been careful to leave the old one in place as the pictures show. 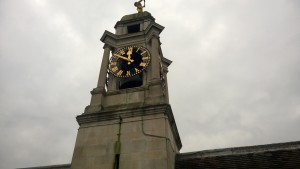 Not that this part has anything to do with the clock itself, but to get to it involves a rather elegant spiral staircase that I expect not that many people in Braintree have been up. From this you access a room that sits directly in the stone cube you can see that the clock stands on. 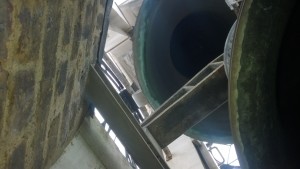 The clock originally had a complete mechanical movement. Real big clockwork stuff as you can see. The main pendulum is incredibly heavy and still works. The clock is contructed of the main movmement which you can see in the centre and the two motors that drive the bell pulleys.

On each side of the movement you can see the drives for the bell pulleys. I wont bore you with the details of how all this connects up to strike the correct hours and quarters, however, you can see in the picture below the cams that conrol the order of the striking notes. This method is the same in all clocks pretty much and you will see a similar cam on the back of a quarter chiming mantle clock albeit minaturised.

Another nice touch is the mercuring swithching which you wont see in a mantle clock!. This involves a rotating drum and something that looks like the inside of an egg timer. The basic priniciple is that when the clock progresses the drum is rotated slowly until the mercury can flow over the switch to compete the circuit and bring the motors that drive the chime to life. In a smaller clock the same thing is achieved with a lever that trips the chiming mechanism into action. 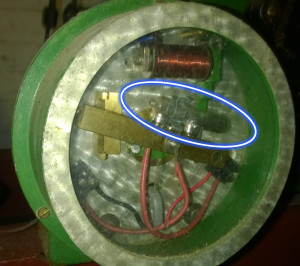 The clock has been updated by Gillet & Johnstone with an electronic control mechanism – mercury, while great fun and functional, is a bit dangerous in quantity and had to be phased out of the equation along with the majority of the mechanics. Briliantly, all the original mechanics and mechanisms remain. Perhaps one day it will be fully used again. 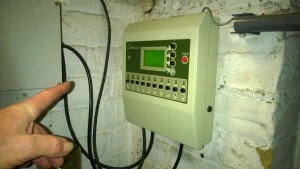 Anyway I had a great time being shown around so thanks Anita & Andy. I hope Gillet and Johnstone go on for years and years as I cant repair this one. I dont have the required 9ft pliers and welding equipment. Yet.

Now you know what a clock repairer does on when he is not reparing clocks. More clocks :-).